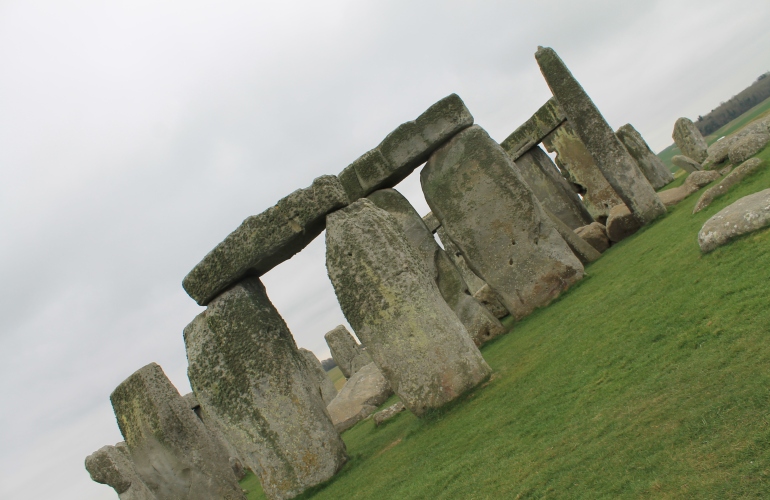 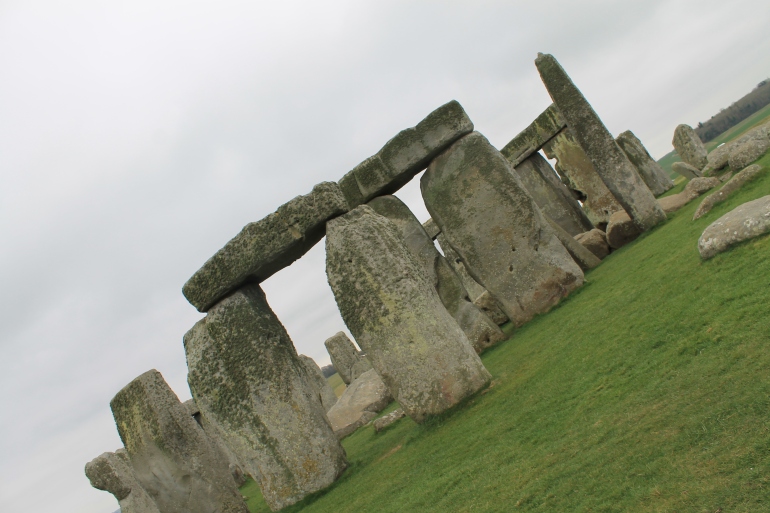 I was really looking forward to day three of my Europe trip mostly because I would be having a real-life encounter with one of the most well-renowned and oldest monuments in the world: Stonehenge.

So after an early wake up call, we were en route to Wiltshire, located about 112 miles from London.

After boarding our bus, we were surprised to see Tony — who you may remember from my first sightseeing tour in London — once again as our tour host.

About 10 miles in, Tony got off the phone and announced that the Stonehenge visitor center experienced a power outage, meaning they would shut down the entire attraction to the public. I was shocked knowing there was a possibility that we wouldn’t be able to see the one thing I had been looking forward to the most.

Luckily, because Tony was quite experienced with these types of situations, he offered us a plan B which would take us to Bath FIRST since he knew that the power would probably go back on shortly and that Stonehenge would be extremely packed with other tour groups.

So a change in plans redirected us to Bath, a city a little farther out west than where Stonehenge is located.

I had no idea what to expect of the city itself, other than the fact that it is probably best known for the Roman Baths, another historical site that was once used as a public bathhouse during the Roman Empire. But upon arrival, I was surprised to see that, although it might be a town that draws a lot of tourists, it’s still a residential town nonetheless. It was a cute and quaint area packed with apartments, shops and restaurants — all with similar Gothic-style architecture.

We got off the bus near the Bath Abbey, an elaborate and ornate Anglican church.

If there’s one image that comes to mind when thinking back on my time in Bath, it’s probably this church, which boldly hovers over the town with its dark and ominous exterior.

Tony then pointed us to a few restaurants nearby, including a meat pie shop called Pasty Presto, a suggestion that I took him up on since I simply couldn’t pass up an opportunity to have a “Sweeney Todd” moment — enjoying a delicious meat pie while in England.

After my mom and I ordered the original meat pies — consisting of beef, potatoes and a cream filling wrapped in a golden brown crust — from the tiny hole in the wall, we grabbed a table outside and braved the cold and crisp air.

Cupping the warm meat pie — with steam emanating from the center — in my hands while bundled up in my thick pea coat and flanked by beautiful architecture, I’ll always remember this moment as the quintessential European snapshot. And with every bite of my savory and crispy pasty, I knew I was in my happy place.

It was now time to make our way to the Roman Bath museum. Proceeding to the site, it was almost as if we took a step back in time to the Roman Empire with white pillars and statues closely resembling the distinct architectural style of the Roman era.

The highlight for me was seeing the hot springs. Of course, I learned about these in my history text books, but it still amazed me to see with my own eyes the physical manifestation of a brilliantly engineered natural hot spring, preserved over hundreds of years.

How is it that people of this time period didn’t have the luxuries of the advanced technology that we have today, yet they were able to creatively mastermind inventions with less tools? Life was so simple then, but they almost had to think even more out of the box.

After we followed Tony for a short tour of the rest of the city, we were finally on our way to Stonehenge at last!

The trip from Bath to Stonehenge took a little over an hour of driving through an open stretch of field with cows grazing left and right. It seemed like we were on our way to a vortex of nothingness, which was essentially where we were headed.

Upon arriving and exiting the charter bus, I anxiously looked around for the landmark stones, but they were nowhere in sight. All I could see around me were vast fields of grass and a wide banner ad of the Stonehenge site. I later found that we would have to get on a separate shuttle bus that would take us about a half mile to the site.

My excitement and anticipation consumed me, making the ride there seem like it would never end!

After a few minutes, we finally arrived at Stonehenge: truly a sight to be seen!

It’s strange to think that from a physical standpoint, Stonehenge is just a bunch of stones so oddly placed in the center of a large field. So why is it one of the most well-known, most-photographed sites in the world? Well, when you look at it, yes, it is just a collection of stones, but when you think about its history and significance — dating back to prehistoric times — it changes your whole perspective of what’s standing right in front of you. And today, it not only draws millions of tourists as a cultural artifact, but people continue to flock to the site as a place of worship.

The dark clouds cast an eerie shadow over the entire area, adding to the haunting presence of these massive stones. And as I slowly made my way around the perimeter of the site, I observed every crack and every crevice which stored a wealth of history in them.

It was a long day of sightseeing, I thought as a gazed out the window of the charter bus on the way back to London, but seeing all these historical monuments in person gave me another outlook that I could never get from a history textbook or Travel Channel documentary. It just made my life that much richer.